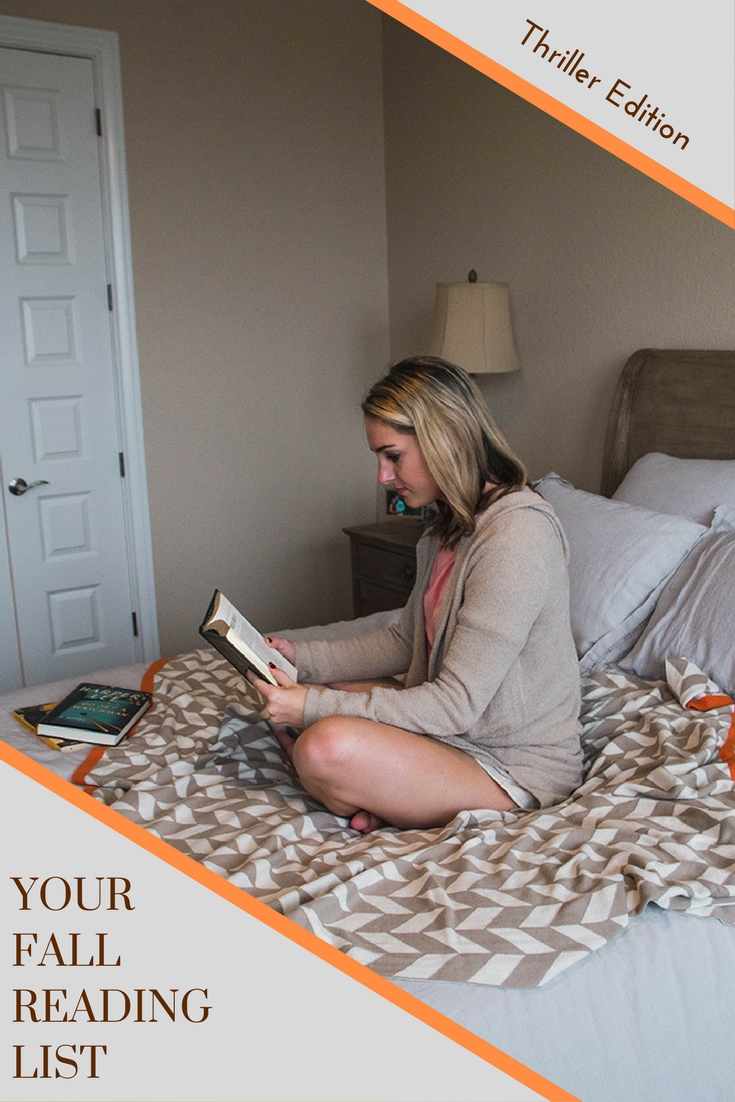 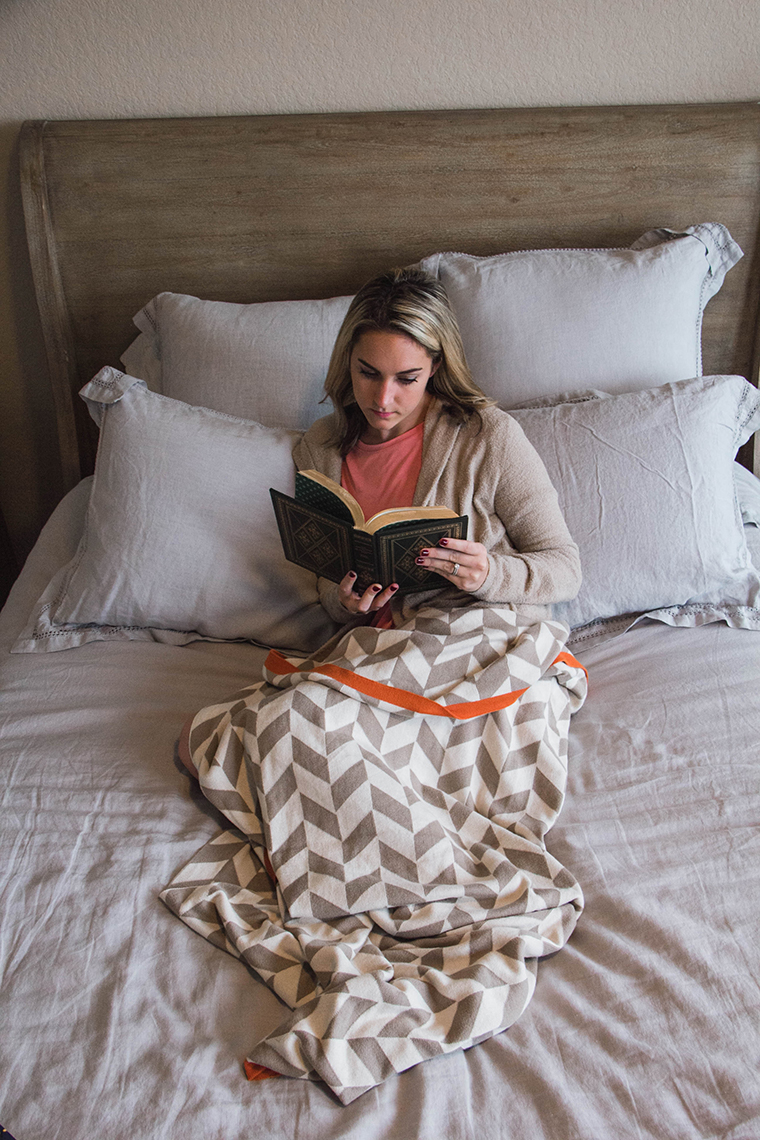 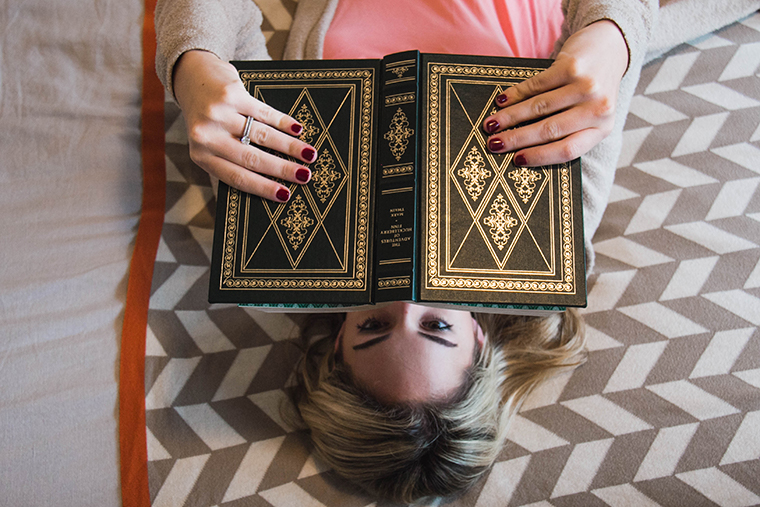 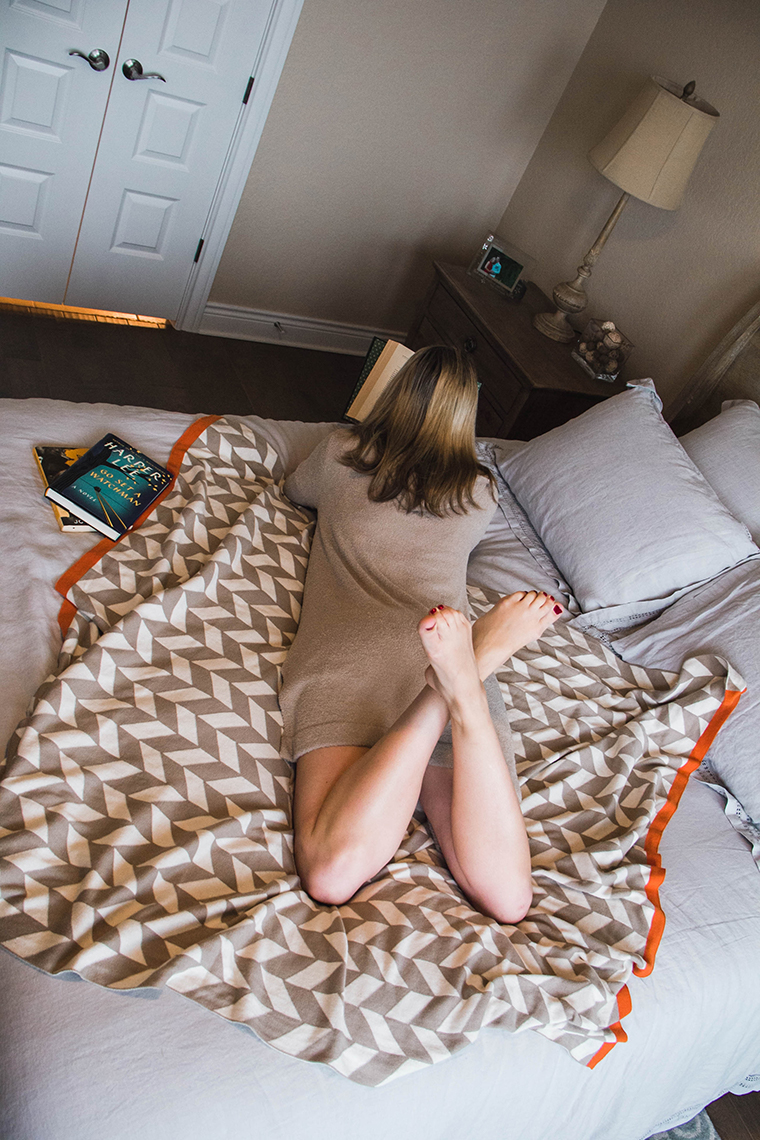 During the summer, I posted my reading list here and many of you welcomed the suggestions! As an English teacher, I’m always looking for something to read in the evenings and during my time off. Books have been a huge part of my life and I’ve read some memorable ones lately. This month, I decided to keep them all under the category of “thriller” in the spirit of Halloween! Take a look at this suggestion list and let me know which one sounds the best to you!

1. A Stranger in the House: I sped through this novel and loved every second! Karen and Tom are newlyweds and have a seemingly perfect life and marriage. One day, Tom comes home to find that Karen has vanished, leaving everything behind. He finds that she’s been in a car accident and can’t remember anything that happened or why she’d left. What’s more, it looks like Karen may have been involved in a murder the very same night. When she returns home, she starts noticing that things in their house are moved, or missing. Both Karen and Tom feel as though they can’t trust the other and they are a stranger in their own home. You’ll be racing to figure out the clues and I didn’t know who to trust.

2. The Lying Game: Ruth Ware’s latest novel received all the hype. Although I can’t say I loved this as much as The Woman in Cabin 10, it was still a good read. This one is about a group of friends who reunite after years apart. They have secrets between them and a crime that they share. Figure out their lies and you’ll be drawn into the English countryside setting and all of the many twisted secrets that are kept in the small town.

3. Into the Darkest Corner: I could not put this down. Pretty sure I finished it in less than two days! Just a warning, it is a little twisted and has some gruesome parts. This novel tells the story of Cathy and Lee. With a shifting perspective, the novel goes from Cathy’s relationship with Lee in the past, to the present day and how she is now traumatized from an event that happened between them. As you read, you start to uncover the full story and what happened between the couple, causing Cathy to be paralyzed with fear and suffering from extreme OCD. She meets a new man in her present life and begins to try and move forward; however, her past relationship continues to haunt her every single day and she must overcome trauma in order to heal.

4. The River at Night: This novel was a nightmare in the wilderness! A group of friends unite for a river rafting trip in Maine as a way to catch up and live life to the fullest. What starts out as a fun girls trip quickly takes a dark turn. The women become stranded and are hunted in the woods…not by an animal, but by people.

5. The Good Girl: Mia is the young daughter of an important senator, yet she’s determined to live a normal and modest life. She meets Collin at a bar and attempts to have a fling. Instead, Collin has been watching Mia and he ultimately kidnaps her, taking Mia to a secluded cabin in the woods. How will she escape the wilderness and her kidnapper?

6. The Kind Worth Killing: Ted and Lily meet at the airport, waiting on a delayed flight. The two strangers drink a few martinis, and ultimately spill a few secrets. Ted confesses that he no longer loves his wife and believes her to be cheating on him. He jokes that he could kill her for all of the pain and trouble she’s put him through. Lily, all jokes aside, offers to help…Now, the two embark on a twisted journey, caught up as co-conspirators in a dangerous murder plot. You’ll be shocked at the many twists this book contains.

7. The Amateurs: This novel had a light-heartedness about it, despite the subject matter. The Amateurs tells the story of a group of crime solving teens whose mission is to crack the most difficult murder cases. This gang of unique personalities comes together for a huge case with twists and danger lurking around every corner. Even though I felt like this novel was a little more “young adult”, I really enjoyed it and got through it quickly!

8. I’m Thinking of Ending Things: This novel truly puts the psychological in psychological thriller. It is so difficult to describe! For fear of spoiling the crazy ending, I’ll just say that it deals with the human psyche, reality vs. appearance, and tells a haunting story. You can read Amazon’s review here if you want a little more!

9. All The Missing Girls: Nic has not truly been home since the disappearance of her best friend Corrine. Now, she returns to care for her aging father and another girl goes missing. Additionally, Corrine’s case is opened, once again. During her time, Nic learns things about friends, family, and begins to piece the clues together to reveal a few shocking secrets about the pattern that plagues her hometown.

10. Behind Closed Doors: This one is one of my favorites on the list and I actually just started this author’s latest book (which I’ll definitely include in my next review). Behind Closed Doors tells the story of Jack and Grace, a seemingly perfect couple. As newlyweds, they seem to have it all. Neighbors wonder how they have it all together, yet Grace never leaves the house without Jack. Inside, there are deep, dark secrets that the reader begins to uncover. You’ll be shocked at the marriage between these two and the sinister secrets kept behind closed doors.

Which one sounds best to you?!

Looking for a new thriller to read this fall? We've got you covered with a brand new fall reading list. 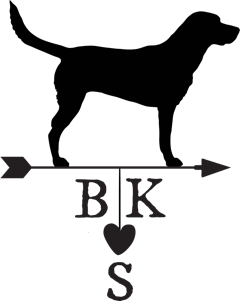